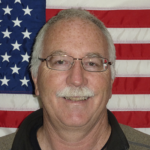 Kraige Kinney arrived in Vail in May of 1979 (just for the summer) and shortly thereafter became a volunteer for Vail Fire Department, where he was hired full-time in January of 1981. He was a founding member of the Town of Vail employee pension plan and a pension trustee until 2014, served as the Chairman of Eagle County’s EMS council, and was a member of Eagle County’s Open Space Committee. In 2004 and 2008 he was elected as a trustee for the Town of Eagle and was also on the Board of Directors for Eagle County Transit. He retired in 2014 from Vail Fire and has lived in Eagle for 28 years with his wife Jann. He has served on our Board of Directors since October of 2015 and joined the board in order to give back to his community and serve on an agency that has a direct impact on our community’s well-being.